What a pity to copy/paste multiple lines of .gitlab-ci.yml jobs across multiple repositories. We all started like that and it doesn't matter!

But now we should do like we did when we learnt programming: simplify & re-use.

This article is not a documentation or a tutorial, it’s a feedback of a journey we did and what we take away from this new way of managing our GitLab CI/CD on multiple projects.

GitLab CI/CD is one of multiple ways to do CI/CD. It’s composed by pipelines with sequential or parallels jobs (with execution conditions).

Commonly described in .gitlab.yml files. The simple and widely used structure is composed by two parts:

In this article we will take a deeper look into the main part: jobs.
We will see how to improve efficiency when scaling-up the number of projects/repositories.

But when you are using multiple runners, docker mode, environments…
The job description starts to growth and give this kind of thing:

I spare you the multiple script lines to really do something inside the job…
And this is only one job... a complete CI/CD is often composed of dozen!

As you understood and probably already experienced, it quickly gives an unreadable and not very flexible ~500 lines of YAML file.

Some little features to promote code reuse, even if you are only using CI/CD on a small scope (one project for example):

With this kind of tips, you can have a ~100 lines YAML file. Most of jobs are factorized, it’s always difficult to read and to manage your execution workflow (this word will be important!). Nevertheless there is less... no duplicated code, that’s great!

Thus now, how to improve all other similar projects/repositories with our brand-new factorized CI file?

When scaling-up the number of project to manage, instead of copying the same code inside all .gitlab-ci.yml of each project, and in reality, it's not only a full copy but also adding small modification for each specificities of the project... The idea is to start consuming “common” jobs!

We will centralize jobs and only consume them into the different projects.

In our common-CI/CD repository we will have a bunch of .yml files with jobs inside.

In our applications repositories, we will have a simple .gitlab-ci.yml which consume the central jobs.

We will see this later. We had to do some improvement on our jobs before consuming them.

When using the same job on multiple projects, a key element is that all projects are constructed quite the same way (same folder architecture for this, same name for that...). Let's be honest and consider that it will never be totally the case, so... variabilize it!

In this step, this is the most difficult but most valuable thing we will bring to the job is genericity.

Identify what the job should do, and what should be configurable. Also based on the experience you had with all projects, define common standards or good practices, and put it as default value for your variables. The goal is for a standard project to have less variable as possible to configure.

Caution: be careful when you choose variables names, it will be very costly (in time) to change it once many project will be consuming your job.

Some concept to keep in mind during this phase (links will give you the full principle for each):

You cannot think to all case, so allow the consumer of your job to add additional arguments to your command lines.

In before_script:, always verify and log (if not sensitive of course) all your variables. It will be helpful for later troubleshooting.
Example :

Note: you can go further by also checking if the value respect some conditions, for example, a variable that define a non-privileged network port should have a value be between 1024-65536.

You do not always know when your generic job will need to be triggered. You can use variables to define your job execution, it will be key to simplify the orchestration.

With this definition, the consumer of this job will be able to pilot the execution of the job with a variable. Combined to the workflow: keyword it becomes easy to compose your pipeline and orchestrate jobs as your convenience.

We will get into job orchestration in more depth later.

Here is a simplified example of a generic job kubernetes_apply.yml:

As you can see in the code, this generic job takes 4 variables:

Thus, for a standard project, only K8S_KUBECTL_CONFIG (used to define Kubernetes credentials) will be needed. This job can be consumed quite easily and is enough generic to be usable for existing project with other folder structure for example.

Note: it’s a very simplified example to give an idea. A real generic job to apply on Kubernetes will take more variables and verify inputs deeper.

Our generic jobs are there, now let’s consume this CI/CD-as-a-Service in our projects!

We will only use two GitLab-CI/CD keywords:

With the JOB_EXEC_* variable, we can choose easily when deployment occurs (on which branch for example) and if it's automatically launched after success tests, or if it's a manual action.

This time it's not a simplified version however it remains quite easy to read! Our .gitlab-ci.yml is now composed by three very simple parts:

The first value we searched with this project was for our R&D entity. We wanted to simplify and standardize the management of all GitLab CI/CD in spared projects (around 40). It's a great success for existing and new projects because most of them were constructed in a quite similar way and now we have <50 lines of YAML to describe the full integration & deployment process. For new project it's included in templates so anyone is able to consume the centralized CI/CD.

We have an easy readability (even for non CI/CD specialists), an handy control of the execution for each project with a common base of 15 generic jobs. It's now very easy to start new project with an understandable CI/CD and to keep it up-to-date on existing projects. We also have a dashboard with the all the statistics of our centralized jobs usage.

On another side, exactly when you are maintaining a service, framework or functions, you need to test and take care of the feature you want to deliver. What is the purpose of each job, what are the input and the expected output. Changing it without consideration will cause many disruption in your delivering pipelines.

When CI/CD is centralized, it should be considered as a development project with all the constraints. Yes it can be very convenient, but it can also become a pain to use if it's too complex, not enough generic or not stable after updates.

Now we are in the step of opening this for innersource inside Michelin. There is a lot of new use-cases to manage but it will nuture reuse and tool standardization.

It was just a quick overview of this initiative.

Many topics have not been detailed and could worth their own part or even a blog post:

Some good links to go further:

If DevOps at scale is interesting you, feel free to contact us! This article is a REX on how we choose and implement our blogging platform to meet our needs. Comparison between Ghost, Wordpress, Medium and Dev.to. 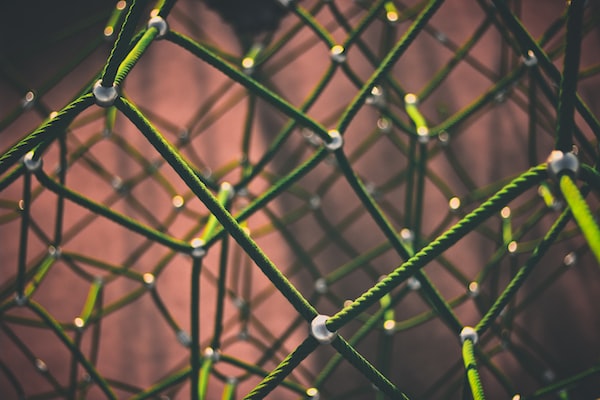 Back in 2019. At that time, I was deploying a data lake strategy inside Michelin and we had decided to build the main one as a platform to enable more